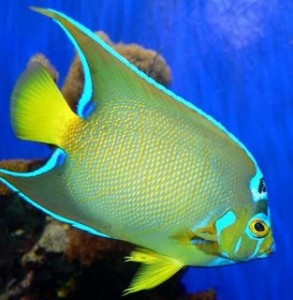 Traditional coastal livelihoods throughout Bali are currently threatened by declining fisheries, rapid coastal development, increased pollution and nutrient build-up. The most important of resources, the marine ecosystem is under threat like never before. With some of the most biodiverse waters in the world it is time something is done to prevent further degradation of Bali’s coastal zone before it is too late.
The term ‘Marine Protected Area’ refers to a coastal or offshore marine region that has been set aside for management and conservation measures, offering protection to often fragile ecosystems through formal or non-formal legislation. Often referred to as Marine Reserves, Fish Sanctuaries, or Marine Parks, MPAs act to protect fish stocks, and safeguard the livelihoods of local communities.
Community based MPAs place local people at the forefront of the planning, implementation and running of marine reserves, providing a sense of ownership and reducing tensions generated by the loss of traditional fishing grounds. Essential to the success of any such program is a series of extensive educational workshops, open forums, and seminars.

MPAs can vary in size from the very large marine reserve to a network of small no-take zones, with a total ban on fishing activities. Given time, reserves allow different species the chance to freely reproduce and help to increase biotic and genetic diversity. Through the restriction of fish harvest, species are given an opportunity to grow larger and reproduce more easily. This then results in a faster turn over of fish from inside the sanctuary to outside (spill-over effect) increasing yields for fishermen. Many species of fish including Grouper and Snapper reach maturity at around 5 years old, producing exponentially more offspring in the process. If juveniles are fished before reaching maturity populations become depleted and may lead to local extinctions. To provide an example; a 12kg Snapper (at approx 5 years old) can produce as many as 200 juveniles, while a 1kg Snapper will only produce a handful.
Selective targeting of certain species may alter the marine ecosystem. This is of particular significance in locations such as Bali, which are heavily reliant on the tourist trade. Unfortunately, many restaurants on the island sell fish that have been caught undersized so as to sit comfortably on dinner plates. The ongoing removal of immature specimens places further pressure on local populations.

The management and monitoring of Community based MPAs should be conducted by a series of stakeholders including governmental departments, local NGOs and most importantly the local resource users.
At present the southern coast of Bali lacks any form of recognized MPA. With the majority of the islands tourist infrastructure focused in the south, the area’s coral reefs are under extreme pressure. The creation of a small community based MPA would provide a refuge for marine species, helping to protect the biodiversity of the area.
Role Foundation believes additional benefits from the creation of the MPA may include improved fisheries, increased tourism revenues, recreation, scientific research and education, species and ecosystem protection and biodiversity improvement. The creation of jobs to manage MPAs can help offset the loss of traditional fishing grounds, as can the development of sustainable alternative livelihoods.
In conjunction with the creation of the sanctuary in Nusa Dua, Role foundation will be running a series of lectures and focus groups on Coastal Resource Management and Marine Conservation issues.