NYEPI – Quiet soul, peace of the universe, and saving energy 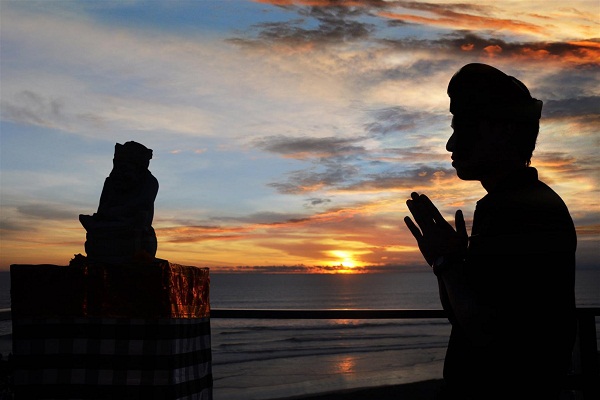 Thursday, March 3rd, 2022 (The Saka Year of 1944), Hindus throughout Indonesia celebrated Nyepi. Bali stopped for a full 24-hour from all activities and gave space for the universe to take a rest for a while. One of the goals is saving energy.

One of the energy that is needed by humans is the presence of electrical energy. To this day, electrical energy is still controlled by the National Electricity Enterprise (PLN). Automatically, PLN as a state-owned company is responsible for the continuity and resilience of electrical energy. Unfortunately, there are still power plants that require diesel fuel which in fact is a fuel produced from fossil energy which is not environmentally friendly and will deplete soon.

It is undeniable that energy is a basic need in modern society. Electricity, fuel, and gas have become the main energy in needs. The need for electrical energy in the Province of Bali can be seen from its peak load which reaches 684 MW, of which 559 MW or 81% of which is supplied by fuel generators. The average consumption of fuel to generate electricity reaches 2.5 million liters per day (detik.com), PT PLN (Persero) noted that in early 2022, electricity consumption in Bali increased from 200 MW to 270 MW, which mainly came from the Banyuwangi Substation (GI), East Java.

Take A Break To Save Energy

Despite the increasing demand for electricity and fuel, The island of Bali is able to do so through a religious pathway. On Nyepi Day, Balinese people meditate in silence. Through the Catur Brata Penyepian procession which includes: AMATI GENI (Not igniting any fire, light and controlling anger), and AMATI LELUNGAN (not traveling or going outside of the house). This is an effort to save electrical energy and reduce fuel emissions carried out throughout the island of Bali.It is hard to imagine, if this country does save energy like what the Balinese people do on Nyepi Day. It can be implemented simultaneously throughout Indonesia and even throughout the world. How many Mega Watts of electrical energy and fuel emissions can be saved. Dare to try?