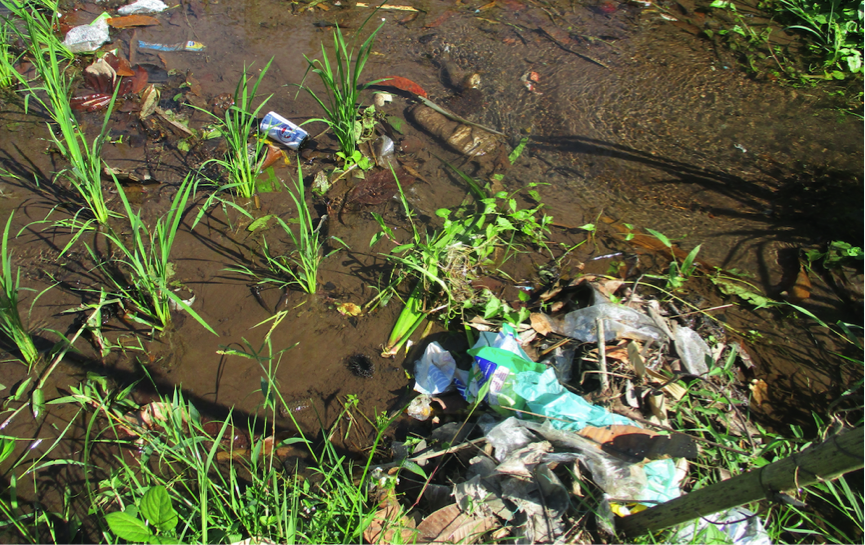 Since ancient times, the subak have been distributing water through the rice terraces that creates the characteristic landscapes of Bali. Nowadays, many of the canals are contaminated with plastics. But in Manuksesa village, they decided to do something to solve the problem. 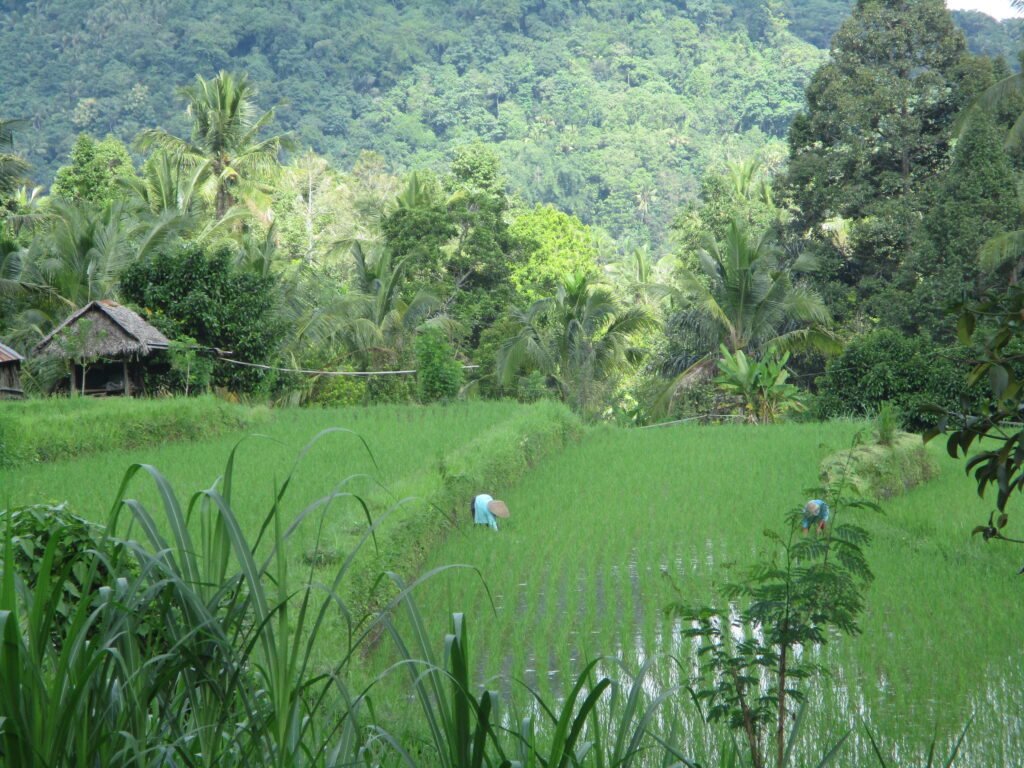 An elderly and completely naked woman takes a bath in the village canal. She doesn’t seem to be ashamed of our presence. The canal is a Subak, a name given to the old irrigation system dating to the eleventh century that irrigates the rice terraces, so singular of Bali’s landscape, also catalogued as a World Heritage by UNESCO.

“Some years ago, the Subak was full of plastic. But the people of the neighbourhood got together to do find a solution, so they started to regularly meet up to clean the area.

Since then the Subaks are much cleaner,” says Made proudly,  or Robot, as everyone knows him. Robot lives and works in Manuksesa village. Nowadays he is the manager of Villa Manuk, but he helped his family in the rice fields for many years when he was younger. After the death of his father, he began to work in the Villa.

We walk along the subak while Robot gives us more details about the canals. The subak are the arteries of the rice terraces and in Manuksesa about 100 people depend on it.

Where does the water go where the lady takes the bath? “To the rice fields” Robot confirms us. Yes, it is contaminated with soap. But nowadays almost all the inhabitants have a bathroom at home and only few people continue to clean themselves here, like the old lady we have just passed.

The rice fields are distributed in terraces at different heights so that the water gets distributed to the rice fields in an equitable way. It doesn’t matter if the area is half a hectare or a hectare, everyone will receive the same amount. If someone take more water than deserved, he has to pay a fine of approximately 100 000 rupiah.

The water that crosses the subak comes from the spring of the Mengandang mountain, more than 20 km from here. This water is clean and abundant and they use it both for irrigation and water supply. “Right now, we don’t drink it, we use the bottles, just to be sure. If you want to drink the water you have to boil it first, you never know what’s in the water.”

Who is this rice for? We asked Robot, who assured us that each hectare can reach between 500 and 600 kilos of rice per harvest. “Usually, it’s for the farmers families. We eat rice three times a day, every day of the year and that’s a lot of rice. If the family is big, all the rice is for them, but there are families who sell half of what they produce.” 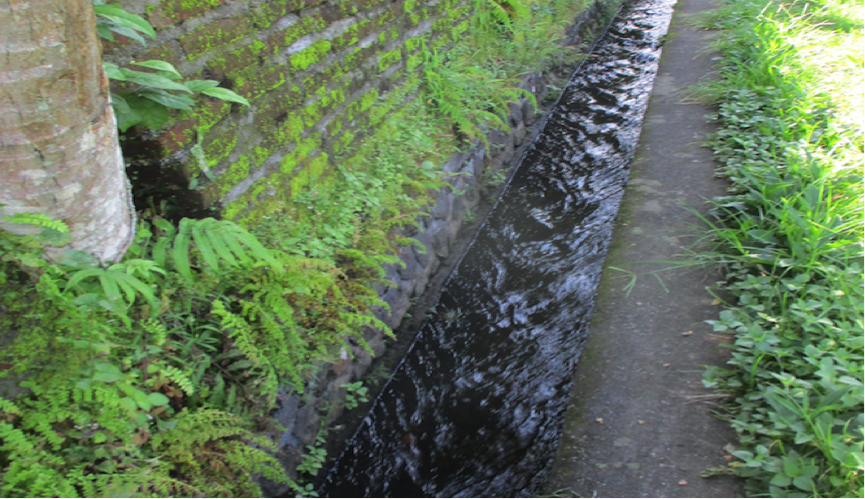 Every month all the farmers meet in the central water temple to discuss their problems and every six months they perform a ceremony to thank the gods for the good harvest. But sometimes things don’t go well and production is less than what they expected, due to too much rain or pests such as rats or grasshoppers. In those cases, they will ask for help to the Mother Temple of Subaks that is located in Kitamani, in Batur. The Mother  Temple is the leader of all the subaks of Bali. When it comes to repairing the canal, they ask for help from the government.“Normally, the government will come  every year. If the irrigation isn’t functioning properly, the farmers will make some proposal, they will ask a  donation from the government”.

The problem of garbage and new responses

While we walk through the channels, our eyes are fixed on the plastics accumulated on the banks of the canals and on the plantations. Where does that garbage come from? Robot tells us that people simply throw them on the ground. He sadly says that he tries, it is difficult to convince everyone not to throw the plastics on the ground.

Plastic trash in the rice terraces

But still, the work he has done together with the owner of Villa Manuk is great. Once a week, the children of the town meet with the help of Robot, to take a walk through the town and pick up the plastic from the ground. Children of all ages go through the town and the rice terraces to pick up what other people have thrown out and thus leave their village better than it was.

The Indonesian Law on Waste Management establishes that national and regional governments share the responsibility for garbage but the law doesn’t indicate who should do what. In this way, the government avoids doing something in the countryside like Manuksesa and leave them alone with the problem.

As a result, Vila Manuk decided to take the responsibility for bringing the garbage to the dump Kebutambahan and is the one that assumes the costs of the transport. On the other hand, they pay the neighbours for each plastic bag and take them to the landfill.

Thanks to these initiatives the town looks clean and bit by bit more people start separating the garbage. But just leaving the town we see that the problem of plastic is still latent. All the effort isn’t enough without the help and collaboration of the government, which doesn’t bother to pick up the trash in the area. “Look at all this plastics”  says Robot, as soon as we are in front of a house. We see a slope full of plastic waste right next to the house.“This family collect the plastic, but they don’t know where to put it, because there is no truck from the government.”

Why is the government not coming here? They don’t know. They have already asked the government to act, but so far they heard nothing from them. “The government doesn’t do anything in the countryside like this”. 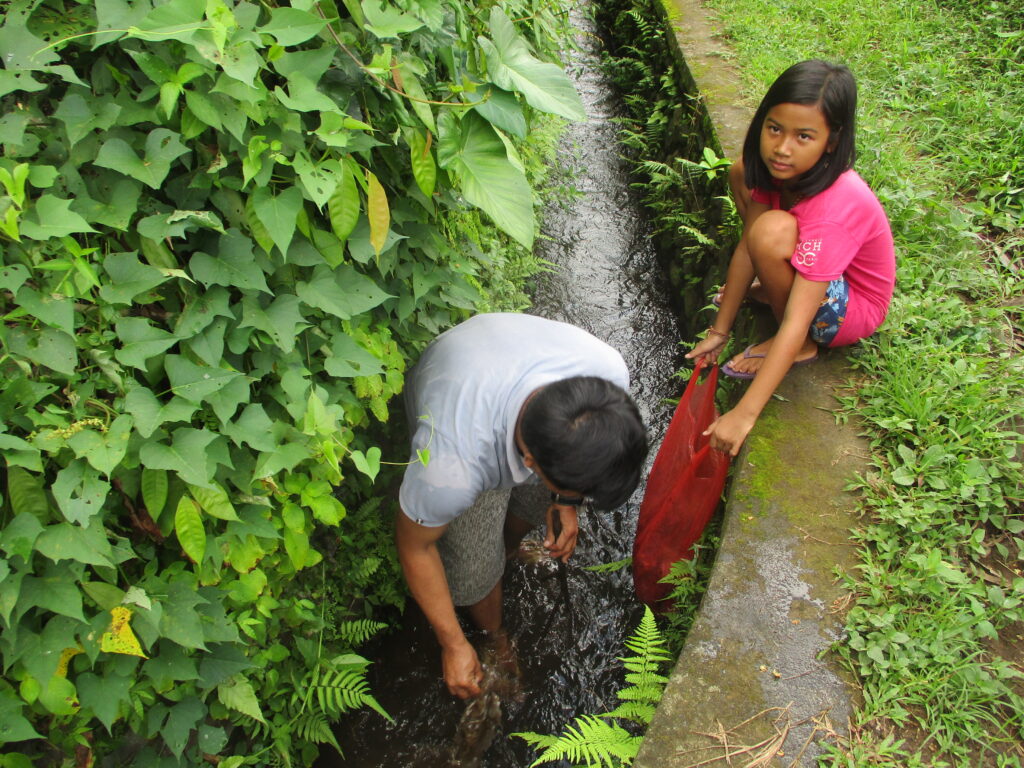 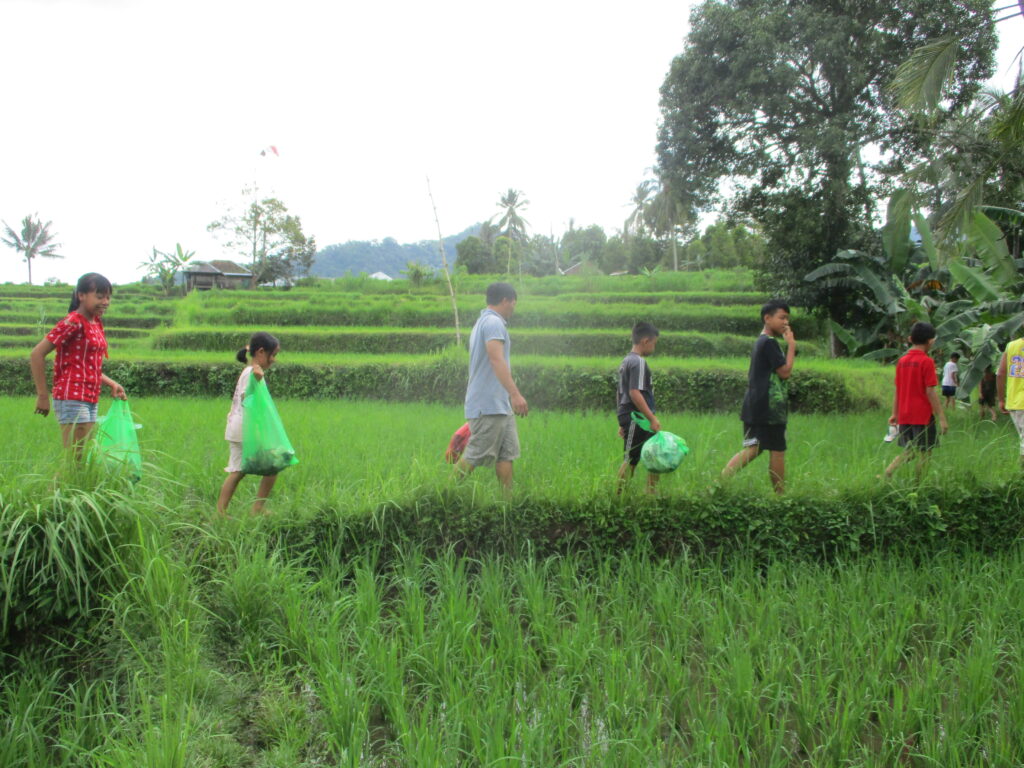 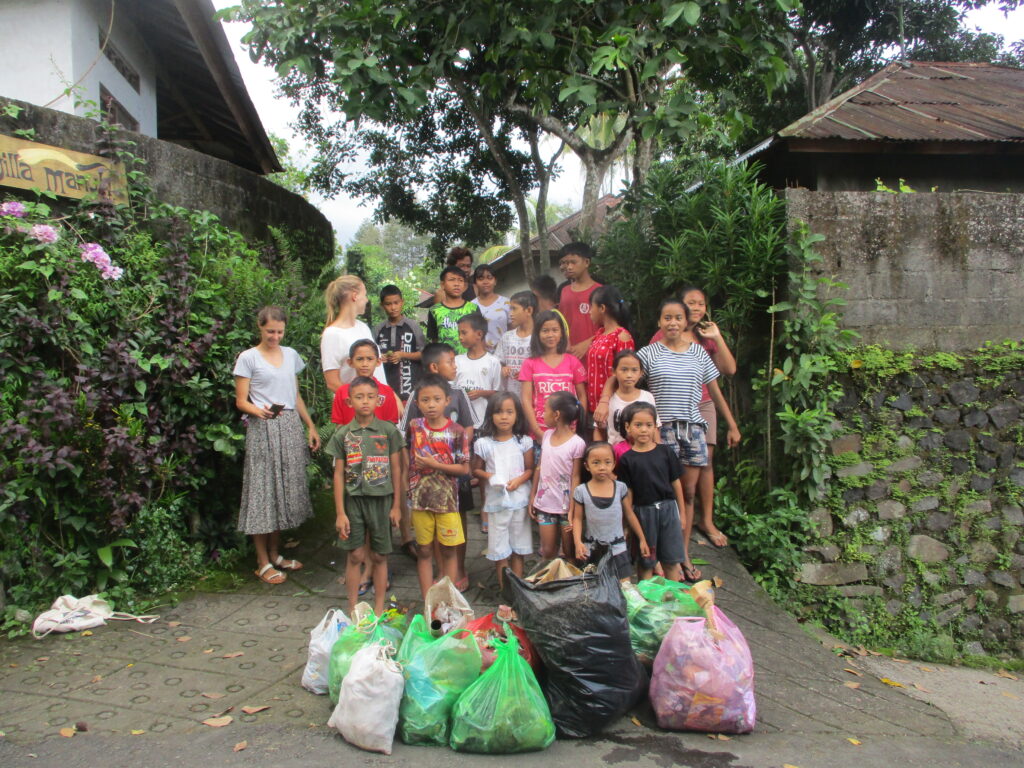