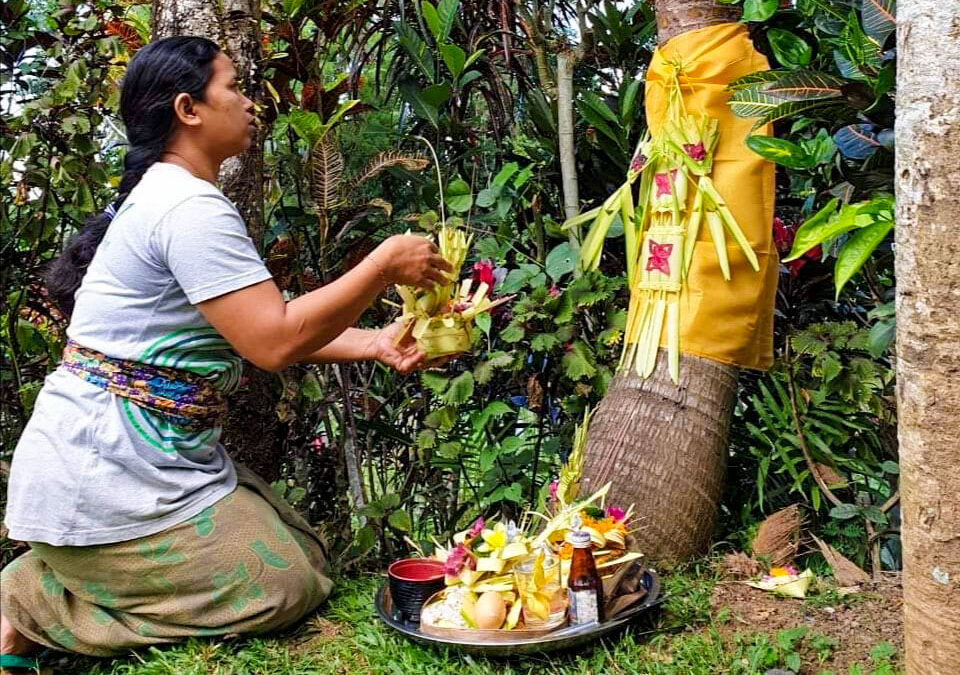 The celebration of love can be celebrated with anyone and to anyone. No exception with plants. In Bali there is a unique celebration to express the value of love, especially love to the plants called Tumpek Pengantag or Tumpek Wariga or also known as Tumpek Uduh. This year the celebration was held on Saturday, May 14th, 2022.

Tumpek Pengantag or Tumpek Wariga or also known as Tumpek Uduh is one of the Hindu’s ceremonies in Bali. This day is to honor the plants which are commemorated 25 days before Galungan and coincide with Saniscara Kliwon Wuku Wariga in the caka calendar or Balinese calendar. On this day, Hindus in Bali carry out a ceremony for the plants around their house. They do not worship plants but worship God in the manifestation as Lord Sankara or the ruler of plants. They express their sincere gratitude to The Gods because they have been given the blessing of plants or plants that have been helping human life.

What’s Unique About This Celebration?

The prayer contains appreciation so that the tree can produce more fruits. There are Balinese words, ‘kaki’ and ‘dadong’ in the sentence above. Then, what kind of thoughts can reveal the two figures who were spoken to earlier, even though the person who carried out the ngatag ceremony did it himself. Ask yourself, answer yourself. A little weird but it forces us to spin our minds and spin ideas from the symbolic to the realistic.

From this sentence, we can reflect on the eco-religious aspect which is very obvious in every Balinese cultural ritual. ‘Kaki’ and ‘dadong’ were chosen to be the symbols of the embodiment of our closest ancestors who in Indonesian are called as grandparents. Thus, trees are human ancestors who first came to inhabit the world before there were animals as well as humans. Why are they being really respected? Yes, both humans and animals will not be able to live without trees and various plants that produce food, shelter, and clothing. In addition, trees are also one of the living creatures that have a long life and are the strongest even though they only have one power to grow with (energy).

In this case, we are taught that the role of plants in human life is taking a paramount role so that we as humans who is the highest well-being are expected to be able to preserve and maintain the existence of plants in our environment so that the concept of sustainability of life runs harmoniously like the concept of Tri Hita Karana.