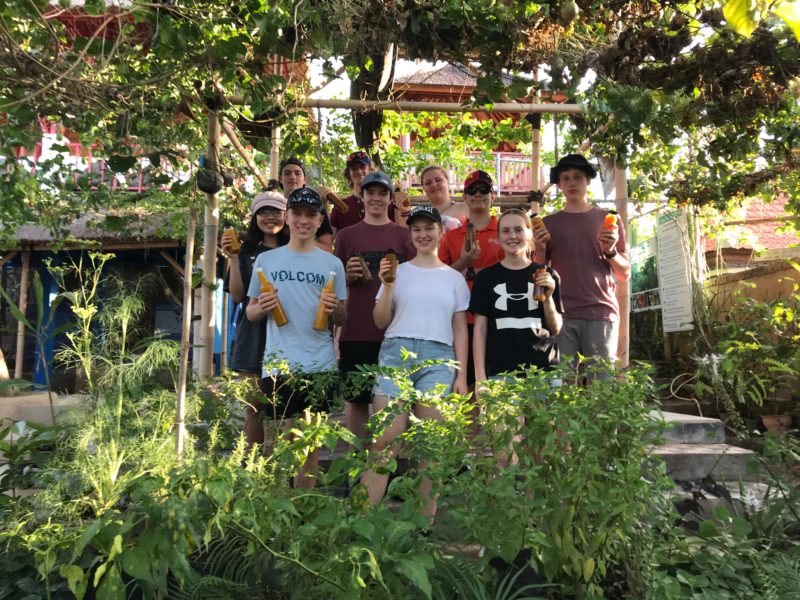 After being introduced to R.O.L.E. Foundation and offered lemon grass tea as welcoming drink, the workshop start by explaining to the guest about jamu, a traditional herbal drink well known in Java Island. The most famous jamu is Kunyit Asam made from Turmeric and Tamarind. Turmeric itself is good for health because it contain curcumin, has anti-oxidant and anti-inflammatory properties that good for human bodies.

After the introduction the group divided into two. Group one will focus on making Jamu Kunyit Asam while group two will make a fusion of turmeric, ginger and black pepper. Adding black pepper into turmeric drink will add absorption rate of curcumin to human body.

Turmeric need to be cleaned, and then cut to small pieces before it pounded until it smooth. For 0.5 Kg turmeric it can be mixed with 4 liters of water and then add a half teaspoon of salt, one big chunk of palm sugar and 4 spoon of tamarind. Everything is mixed and then waited until it boils. Making the turmeric-ginger-black pepper follow the same recipe, instead of tamarind they put ginger and black pepper.

While waiting the mixture to boils, they did tie dye using natural dyes from sappan wood to create red. They also tried using the traditional loom to create traditional weaving and observed the process of soap recycling.

After the activities and the jamu is cool down each participants can bottling their jamu and bring their result home. All the money raised in this workshop will goes to environmental education and women empowerment program by R.O.L.E. Foundation.