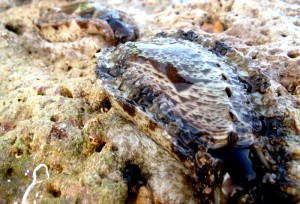 Coral reefs are currently under extreme natural and man made pressures with an estimated 50% destroyed or damaged. Corals are animals, not plants or stones as many people think, and the reefs they build are home to one quarter of all marine species. They provide protection for the coastal zone and are vital nurseries for many commercially valuable fish species. They generate billions of dollars annually in fisheries and tourism revenue. Yet we continue to remove huge amounts of coral and seashells each year to make jewelry.
Corallium is the collective term used for red and pink coral. It is found in deep waters of the Mediterranean and Pacific where it has been collected for over 5000 years. However, over the last few decades there has been a considerable decline in the number of healthy populations as a result of increased popularity for use in the jewelry trade. A Corallium necklace can fetch in the region of $25,000. Many types of coral such as blue coral, black coral and fire coral have been listed on the Convention on International Trade in Endangered Species (CITES) list for some time, meaning trade in these varieties is restricted in some way. Yet at present Corallium is only just being considered despite much higher trade volumes than most of the aforementioned species. An estimated 50 metric tons of Red and Pink coral is collected each year, though the lack of suitable protection means accurate measurements are difficult. One thing is clear, and that is current rates of harvesting are unsustainable and unless something is done the species may soon become threatened with extinction.

Jewelers also prize seashells within their industry. Their intricate patterns and vibrant colours making them ideal centerpieces for bracelets and necklaces. The highly polished cowries and cone shells of the indo-pacific region are particularly sought after. Unfortunately, their beauty has lead to their demise with unsustainable numbers taken from coral reefs each year. This has lead to local extinctions of certain species and collectors now travel to remote areas in search of prize specimens.
We no longer live in an age where it is acceptable to trade in ivory, and the wearing of fur is found distasteful by most. Yet we continue to plunder the oceans of their natural resources in a totally unsustainable manner and purely in the name of fashion. The time has come to rethink our attitudes with regards to how we are treating our planet. Just because black coral is found deep in the ocean, beyond the view of most people, or because most sea shells lack the ‘pull on the heartstrings’ effect of a chimpanzee or seal cub, does not mean these species are any less vital to a healthy ecosystem. Each organism has a critical role to play within its habitat and upsetting this fine balance could have severe consequences for the marine environment and humankind.
Many jewelry designer, manufacturers and consumers are now beginning to make more informed lifestyle choices. Adopting an environmentally friendly and socially responsible attitude towards what they will wear. There is no reason why we should not continue to enjoy coral necklaces or pearl earrings but the key word is ‘sustainability’. It is essential that when using the bountiful resources that nature has provided, we do so in a manner that will allow healthy populations to continue to reproduce and provide further resources for future generations. Choices include using alternative synthetic materials, aquaculture as in the pearl industry, or monitoring and managing wild populations.
Shell farming has become an urgent necessity for the jewelry industry. The level of wild stocks of shell are becoming less available. Most collectors are from poor communities. They move wider and wider; crushing and disturbing new and fresh reefs, depleting over stretched reef ecosystems, as they collect. Many poor shell collectors are also in the aquarium fish trade as well. (Beached shell is rarely collected as in is mostly bleached white by the sun and surf. Most shell and coral used in the jewelry industry is fresh from the ocean.)

It is with this in mind that Role Foundation has started culturing abalone at Geger Beach. Part for it’s high value meat, but also for it’s shell for jewelry production. Abalone is found in tropical and temperate waters and has long been considered a delicacy by Asian cultures. The inside of the shell exhibits a wonderful pearl effect making it ideal for use with jewelry. Role Foundation is currently culturing abalone in collaboration with the Geger beach Seaweed Farmers Association and is looking to develop the abalone as a form of eco friendly sustainable ocean farming. It is hoped that together with providing a viable alternative livelihood for local people, the cultured abalone will also help to relieve some of the pressure currently being placed on the coral reefs of Bali.
Together we can restore the balance for future generations.
Article courtesy of Chris Mason-Parker
R.O.L.E. Foundation Marine Biologist
media@rolefoundation.org
www.rolefoundation.org